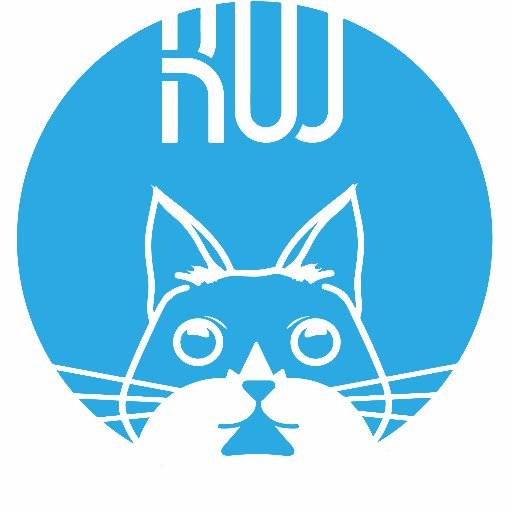 DON’T JUST TAKE OUR WORD FOR IT...

BASED ON 1000'S OF HAPPY DEWELPRO'S CUSTOMERS

“I’ve used this flea cat collar made of natural ingredients from Dewel pro three times so far and it works wonders. But let me start with a story:

Back in 2017 around Memorial Day I found a beautiful calico kitten. I just had to have her so I caught her and gave her a bath. But I didn’t bathe her well so we ended up with a flea problem. I already had another cat but I never used flea treatment products on him because he never went outside.

It was pricey but for 8 months protection it made sense, so we got two and some flea killing spray. After getting the collars and spraying like crazy the flea problem went away in a little under two weeks"

“My husband and I have had a really good experience with these natural flea collars from Dewel pro. We've ordered them for all 5 of our cats. Part of our basement has a dirt crawl space and there is standing water on occasion even with the humidifier running 24/7.

There's gapping in our outside door to the basement, off the side of our patio. There are plenty of ways for unwanted insects to enter the house, and the most we've had to battle has been ants. I have to assume that everything is fine, so yeah, I'd definitely recommend Dewel pro as an effective, budget-friendly natural solution.”

“I don’t normally review but I’m so glad I've came across this amazing natural collar. I’ve never lived in a part of the country where there were ticks and fleas. My cat become lethargic, was constantly scratching himself and would hide away through out the day. I've found this natural collar form dewel pro on google and he is back to himself within 3-4 days, eating more, running and playing. Those fleas were draining my poor babe! So glad he is better now!”

“Once upon a time there was a discontinued flea collars that both my cat and dog loved to wear, smelled good, and helped us defeat the horrific war on fleas in '14. Alas, my dog has passed on to the next world, and with him, apparently that collar type as well. My cat still needed protection though, and since she's grown up as chemical free (like flea poisons on or around the skin) as possible, I've tried to find a natural replacement for that collar.

This was our second try, the first one (which I can't remember otherwise I'd warn people away from it) left open sores on her neck after only twelve hours of wear. She is an indoor cat, except for the winter because she likes to play in the snow, and when we travel with her. The tiny vampires are jumpers, so I try not to take any risk. This natural flea collar smells good, and works exceptionally for her.

She's a DLH, and black, so it's hard to find fleas on her during the season, but she's not had any itching or scabs on her since we put it on her eight months ago. It's even worked for the move to the country, previously she's been living in a city, but these country fleas are something else. Huge too.

This might also work if you've got an outdoor/indoor baby, but do what you can to make them happy. This makes her happy, so I'll keep buying them from dewel pro until they get discontinued for whatever reason.”

“It's been a couple months since purchasing these natural cat flea collars and I am now very pleased with Dewel Pro Guard Flea and Tick collars. They work great so far and I'd recommend to anyone to try these. They won't regret their purchase, and they are so much cheaper then the big brands that are out there, and safer for your pet too!”

“2 years ago I had a horrible flea problem in my house with my two cats. It was really bad, particularly because one of my lovely cats is allergic to flea bites and was in real trouble because of it. I tried all sorts of things, carpet powders, all natural sprays, frontline, I constantly vacuumed and cleaned sheets, put out flea traps etc.

fleas and ticks were a problem for maybe about 6 months. My cats are outdoors cats so it was extremely important for me to find a solution. Then, on a recommendation from a friend I bought each of my cats a natural collar and the problem seemed to go away. My biggest fear was that, with outdoor cats, a collar might, as some do, get caught and strangle or injure the cats, but in the years that I have been using these collars nothing like that has happened.

One time one of my cats came home without it, it appeared to have snapped off and I got my backup and everything was good. So I highly recommend this flea cat collar and it may have been the greatest influence in my flea problem. Luckily I have not had a returned flea problem, despite being in the same area that often has a high fleas and ticks alert in the summers.”

“After finding fleas in one of my 4 cats & freaked out. I can’t afford to take all of them to the vet & get the expensive prescription flea collars. I have 2 senior cats & didn’t want to lose them from flea treatment. It’s been 3+ weeks from putting the natural collars on all 4 cats. 3 are completely flea free. One still has some flea dust & a handful of live fleas. I love natural options & tend to look for them for my own products so why not my pets!

If a cat is allergic, it can quickly develop open sores caused by scratching. These kitties can develop crusty reddish bumps on their thighs, lower back, tummy, head and neck. To make matters worse, They can carry infectious agents like tapeworm. 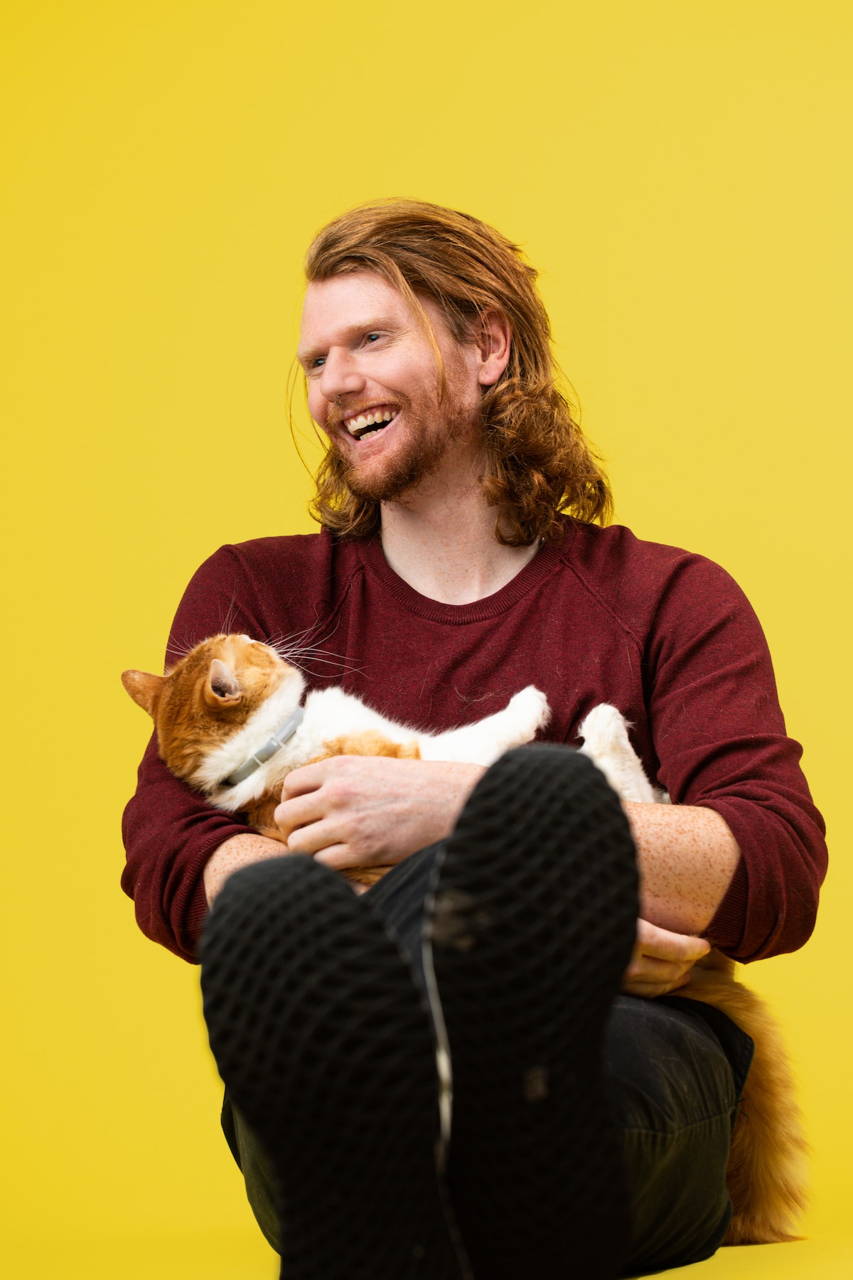 Enjoy Peace of mind knowing your SWEET KITTY is protected

At DEWEL™ PRO, we love cats as much as you do. That's why we developed this remarkable collar. Various products are highly effective at removing parasites.

However, that level of effectiveness is only achieved with dangerous pesticides that can poison your cat along with the fleas. 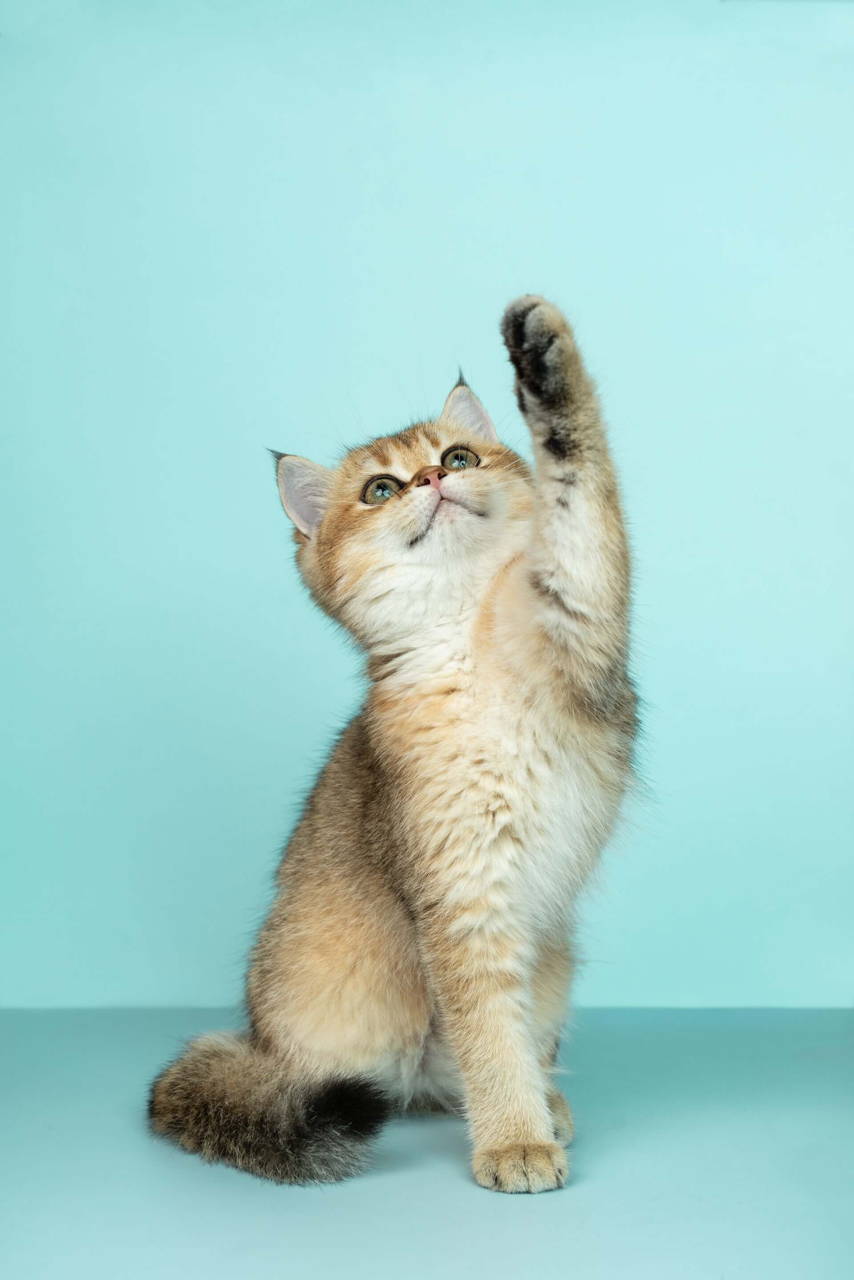 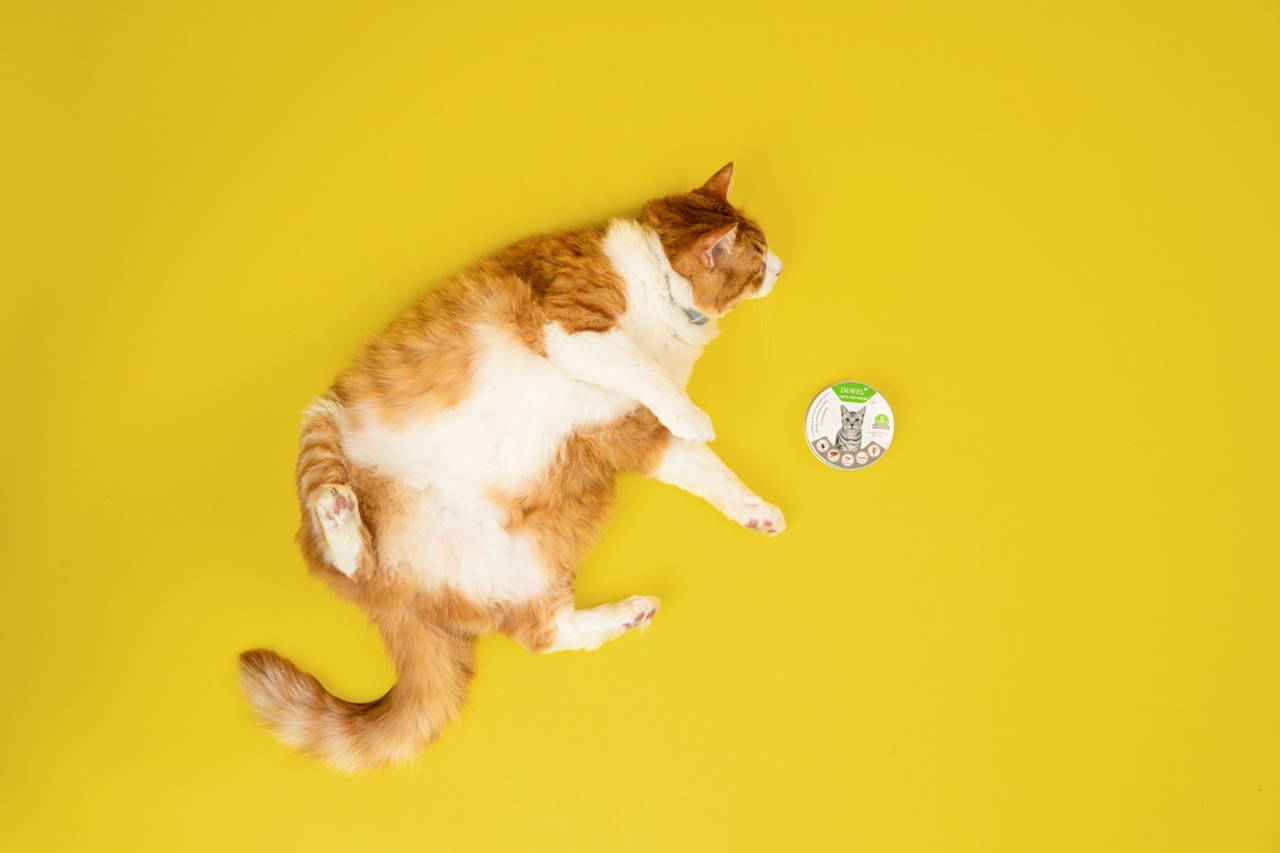 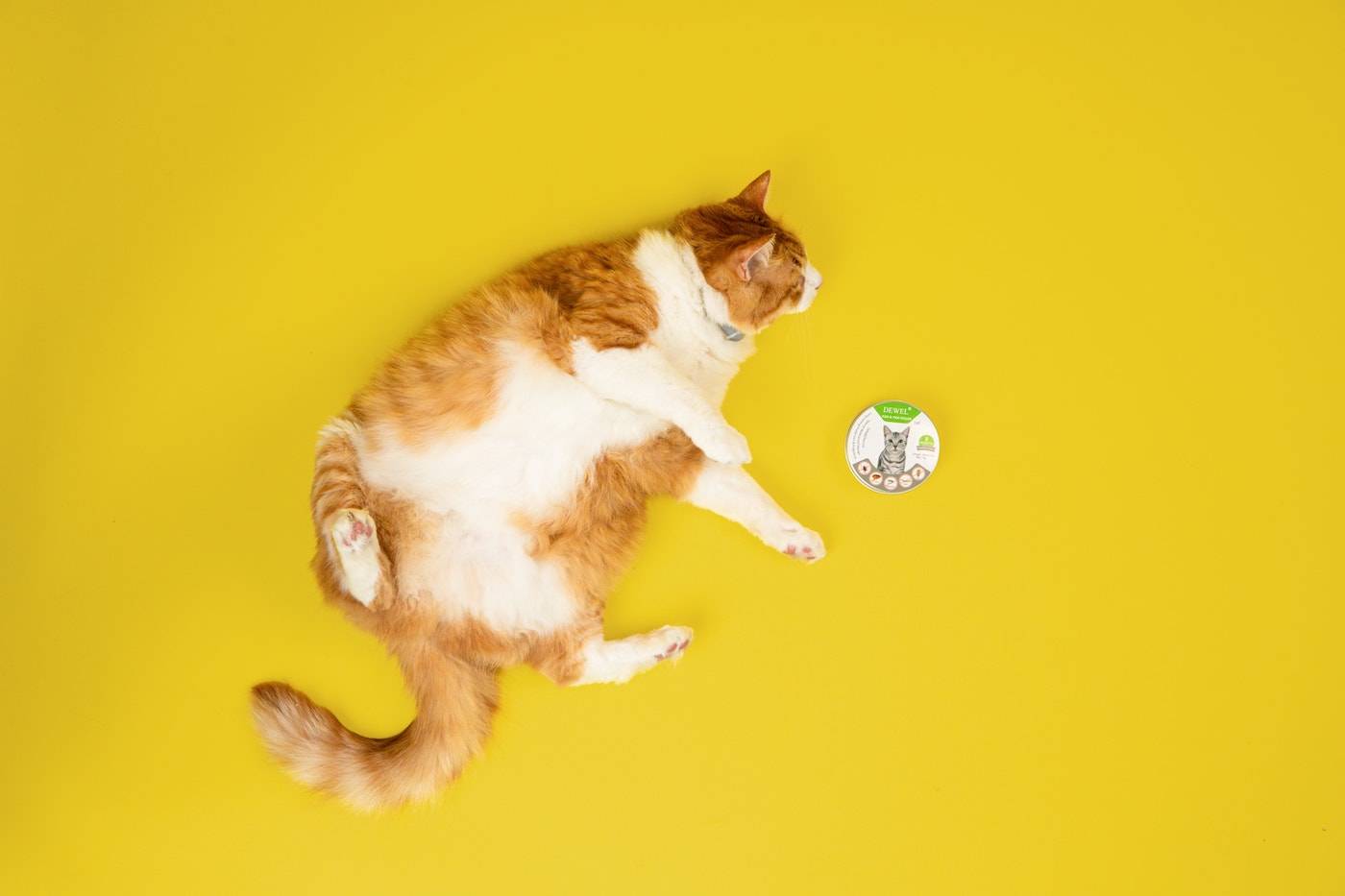 The proven organic formula stored within the collar is released in low concentrations over your cat's hair and skin surface for 8 continuous months to keeps your sweet kitty safe from ticks & fleas.

WHAT'S INSIDE THE BEST FLEA AND TICK COLLAR FOR CATS? 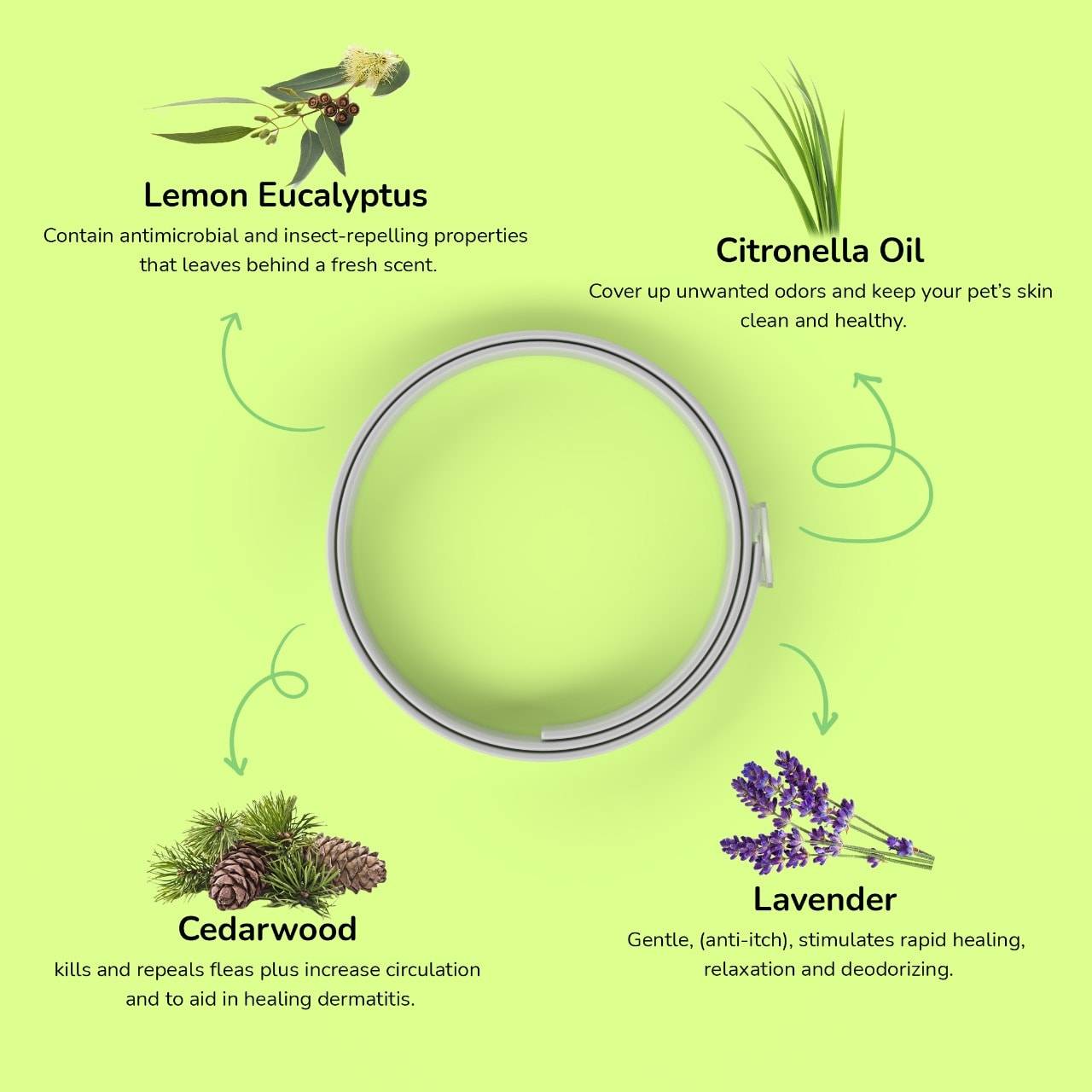 WHY GO FOR AN ORGANIC SOLUTION?

Toxic pesticides and other harmful chemicals have been used for decades to protect cats from the misery of a flea infestation and the illnesses that parasites can cause.

Although these collars are effective at getting rid of parasites, the protection they offer comes with a high price tag. These medicated collars contain dangerous pesticides that have been shown to be harmful for pets. They can hurt the environment as well.

Essential oils have been used for over 6,000 years to safely treat a variety of conditions. These oils contain antimicrobial, antiviral, nematicidal, antifungal, antioxidant and insecticidal properties.

PERFECT, I WANT IT

TRY IT TODAY!
ADD TO BAG

Product not what you thought?

Our on-site Customer Care Advocates are here for you.

You Have Nothing To Lose But FLEAS.

If for any reason you are not blown away with our collar's efficiency, we will refund your money & don't worry we'll still be friends 😉 Why not give it a try?

GIVE IT A TRY TODAY!